Thought about driving to a mountain known to be good for migrating Golden Eagles, but decided to stay home and begin the day with a nice walk around the neighborhood.  Seemed like a poor day for photos and too much uncertainty about whether I would even see birds.

So, off I went for a brisk morning walk.  Rounding the last corner on my way homeward, I spotted Robins and Cedar Waxwings eagerly feeding on small crab apples.  Rushed home, added some extra layers before assembling the camera on tripod with a flash. The birds were feeding in a determined manner and cared not that I was only 20 feet way.  Neighbors on their morning walk stopped to chat without any effect on the birds.  They were just hungry on this windy and cold day.  Best two photos of the day were:

I lasted about 1-1/4 hours before the finger tips got sluggish.  Really happy with this, in large part because the birds are so quick.  You have to anticipate the image; waiting until you see the pose will give you a photo of something that happens 1/4 second later.

Pushed the ISO to 800 and used luminance noise reduction. Exposures were as slow as 1/100 second with fill flash to help freeze the motion.

More photos of Cedar Waxwings and Robins in the Perching Birds gallery of SmugMug. Select the gallery in  http://pschmitt.smugmug.com/ . Hope you enjoy. 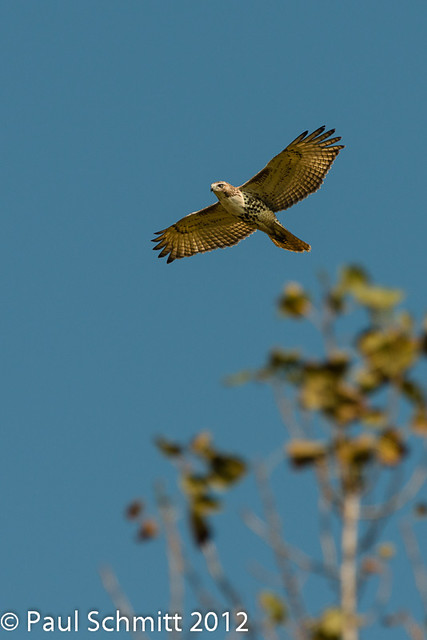 The robust leaves of the lotus are slowly changing color and fading. They will soon be brown after the frost and will decompose in the pond over the winter. This truly amazes me because there is a huge amount of leaf biomass in the pond behind my house.  There must be about 500 plants that bloomed this summer and will renew their growth in the spring.  Here are a few samples of the leaves as they are found in October.

For so many years, Kodak encouraged us to pick a sunny day for our picture taking. “Put the sun over your left shoulder”. Film was slow, cameras were simple, and our memory filled in the blanks. With the sophistication of today’s equipment and the development over the years of digital processing, sensitive sensors with high ISO’s and low noise, you can almost shoot in the dark and get good images. Canon’s new 1Dx body is capable of ISO’s as high as 204,800. Of course it costs $7,000. But such is digital technology today. That being said, what about fall color?

The reality is that sunny days are not the best days for shooting fall color. Actually a day like yesterday with clouds and light occasional sprinkles of rain are ideal days for capturing fall color. The woods are dark and deep, the light is diffuse and even with no harsh contrast, and the rain helps to intensify the color on the leaves. So grabbing the gear and driving around my own neighborhood, I took a little afternoon time to go out and capture a bit of the beauty still evident in this colorful season.

All images are Copyright © George Cannon.

Driving home this afternoon, I was keenly aware of how rapidly, almost overnight, it seems the fall color has arrived.  I’ve certainly seen it creeping up. A few trees here and there, the asters at the road side, the sumac reds. But this afternoon it seemed that almost the entire ride home along Rte.89 to Trumansburg was simply alive with new color. Maybe I’ve just been too busy to notice, maybe my mind has been on too many other things, or maybe the change was really that rapid. Regardless, fall is here in all its glory and it’s time to take the cameras and hit the road to revel in autumn beauty. The assignment for the next CNP meeting is “Fall Color”. So let’s go get. Enjoy! 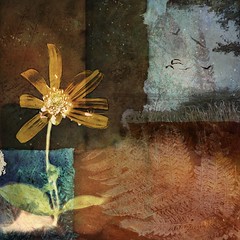 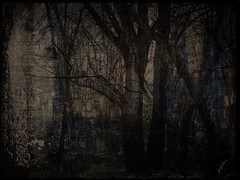 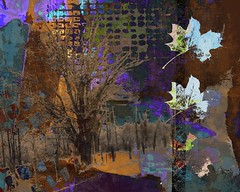